2 weeks: a case from India 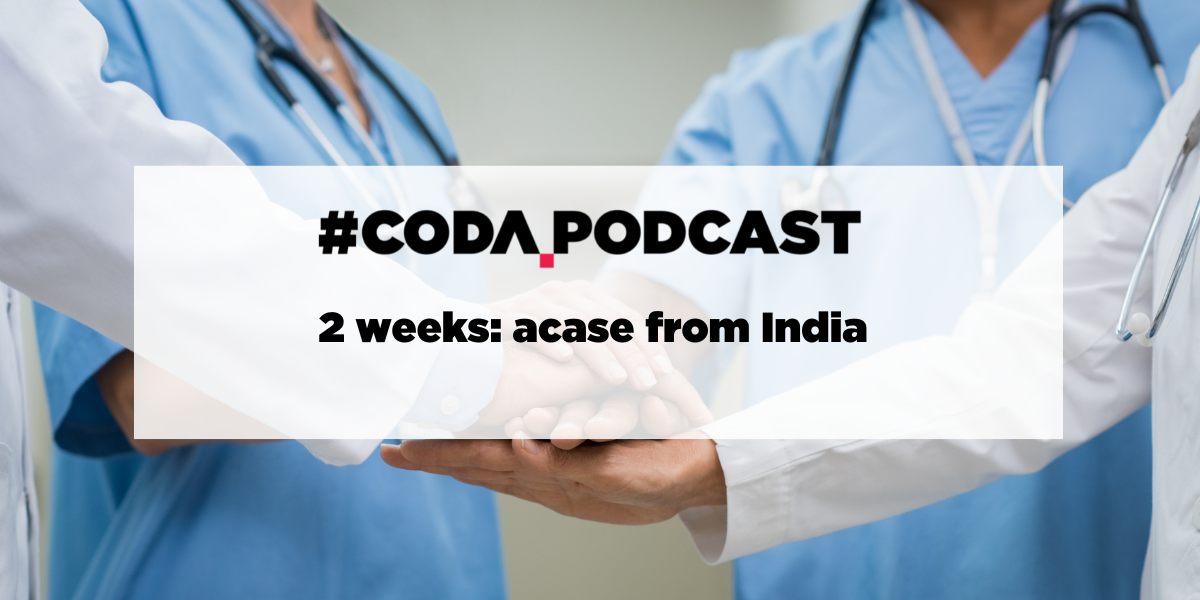 2 weeks: a case from India

Ankur Verma opens the podcast by telling his listeners that he’s going to share with them something that happened during the time that Delta was in its dreadful stages in both Australia and India.

He goes on to talk about a case that took place during the Delta wave, when minutes matter. He recounts a patient – Mrs P – who had come in gasping and immediately went into cardiac arrest, and notes that – as is often the case – she immediately became part of the ward’s family. After testing positive for Covid, they then gave her a CT scan to see if she had pneumonia and subsequently put her on various experimental medications, including steroids.

She got better over the next four or five days and was weaned off the ventilator and over the next couple of days we removed her TPI (trigger point injection) but then her sugars went up. Ankur explains that just when he thought she was becoming much better, she started becoming hypoxic again and he then found out her left lung had collapsed.

She then went on to improve – and, understandably – her family were thrilled, especially her son. After a two-week rollercoaster ride, she was discharged, much to the joy of everyone involved.

He notes that Mrs P gave the hospital staff a ray of hope and a much-needed silver lining during what was an otherwise hellish Covid wave, and notes that he owed her more than she owed him for saving her life.

But, continues Ankur, she had other plans. She had been a ray of hope during the dreadful delta in India and the world and sadly, she died.

But Ankur says that he and his co-workers didn’t lose sight of the vision and the hope that she gave them and that they continued to support each other. He concludes the podcast with an important lesson learnt: take care of yourself and those around you because when the dark times come, those people will be the ones surrounding you.

For more head to our podcast page #CodaPodcast