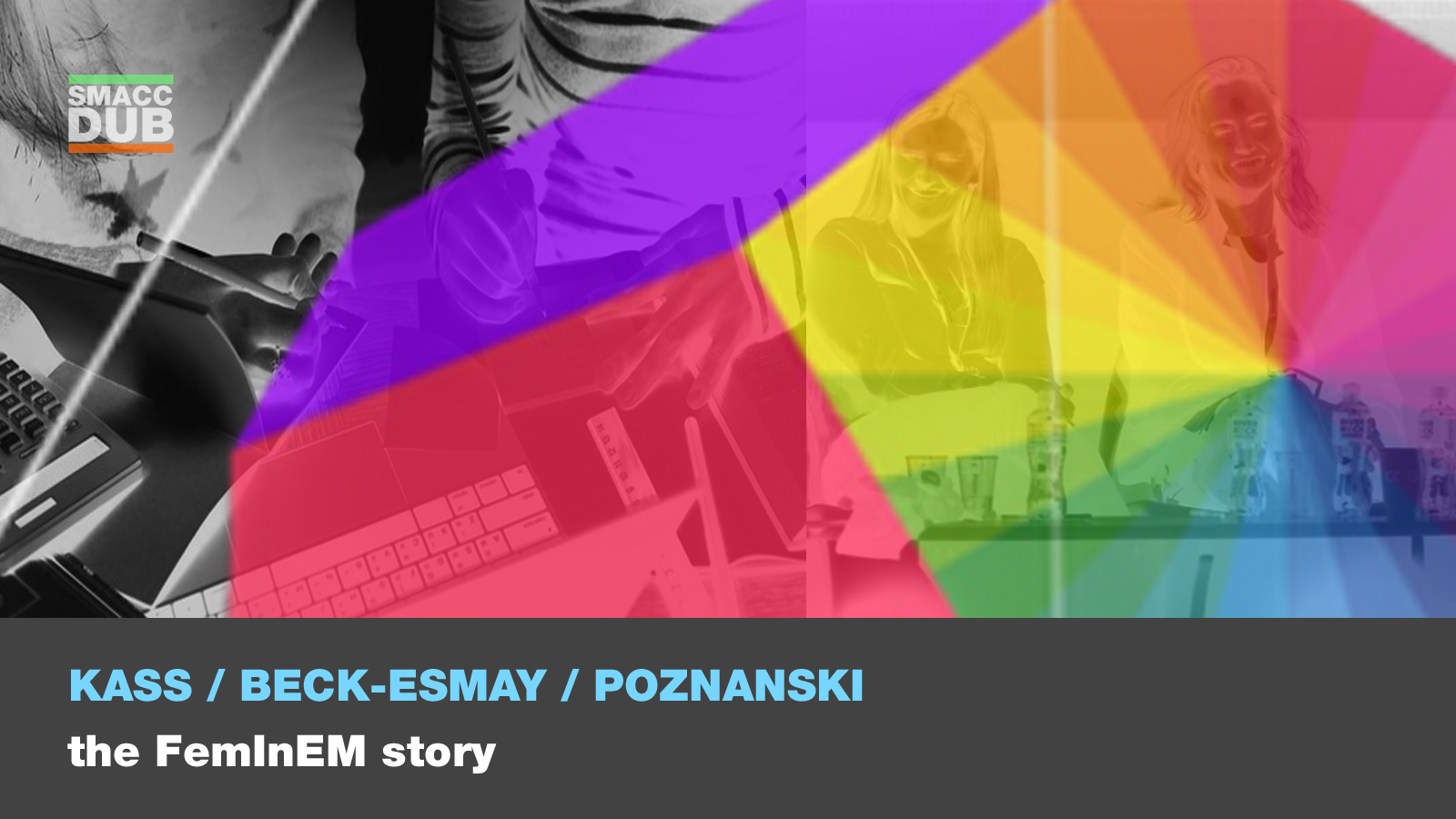 Jenny shares the story of Casey Drawert, a doctor who was tragically shot to death by her husband. This incident opened the discussion regarding how common domestic violence in physician relationships is.

In response to this incident, Esther Choo wrote “Intimate partner violence, a physician mother and our call to action” for FemInEM. Esther’s post garnered a lot of attention and led to numerous women and physicians to come forward with their story of violence.

Dara talks about an incident regarding changing gender dynamics that led to the birth of FemInEM. A female physician received a call from her son’ s school when he missed his class. This was despite the primary contact being specified as the stay-at-home father.

This incident motivated the formation of FemInEM. Even though there are multiple women organisations, women seldom know what is happening beyond the boundaries of such organisations.

So, they decided to take the fundamentals of FOAM and build upon it to learn how women survive in emergency medicine.

Dara explains the data to prove that gender inequity exists in the field of medicine. Female doctors are only paid 64% compared to their male counterparts. She also points out the pipeline leakage where the percentage of women keeps decreasing as the job hierarchy increases.

Stacey talks about Dr Jullette Saussy who had to resign from her post as EMS and assistant fire chief in Washington D.C. This was because of the resistance that she faced at every level.

Stacey points out that FemInEM is not only about maternity leave and the gender pay gap. Instead, it is about providing support and connection to women, like Jullette, who try to make a difference in patient care.

By connecting with women through various platforms, they have been able to identify specific problems faced in emergency medicine.

Dara Kass, MD is an Assistant Professor of Emergency Medicine at Columbia University Medical Center, where she also serves as the director of Equity and Inclusion for the Emergency Department.

She is the founder of FemInEM, an organization dedicated to the achievement of gender equity in emergency medicine. FemInEM serves as an open access resource for women in EM, a community focused on career development, physician support, and seeing women in medicine thrive. What began as a blog is now a movement, a multi-faceted community comprised women in medicine all over the world.

Dr. Kass lives with her husband and children in Brooklyn, New York.