The Uncertainty of Medical Evidence in Critical Care: Jeff Drazen 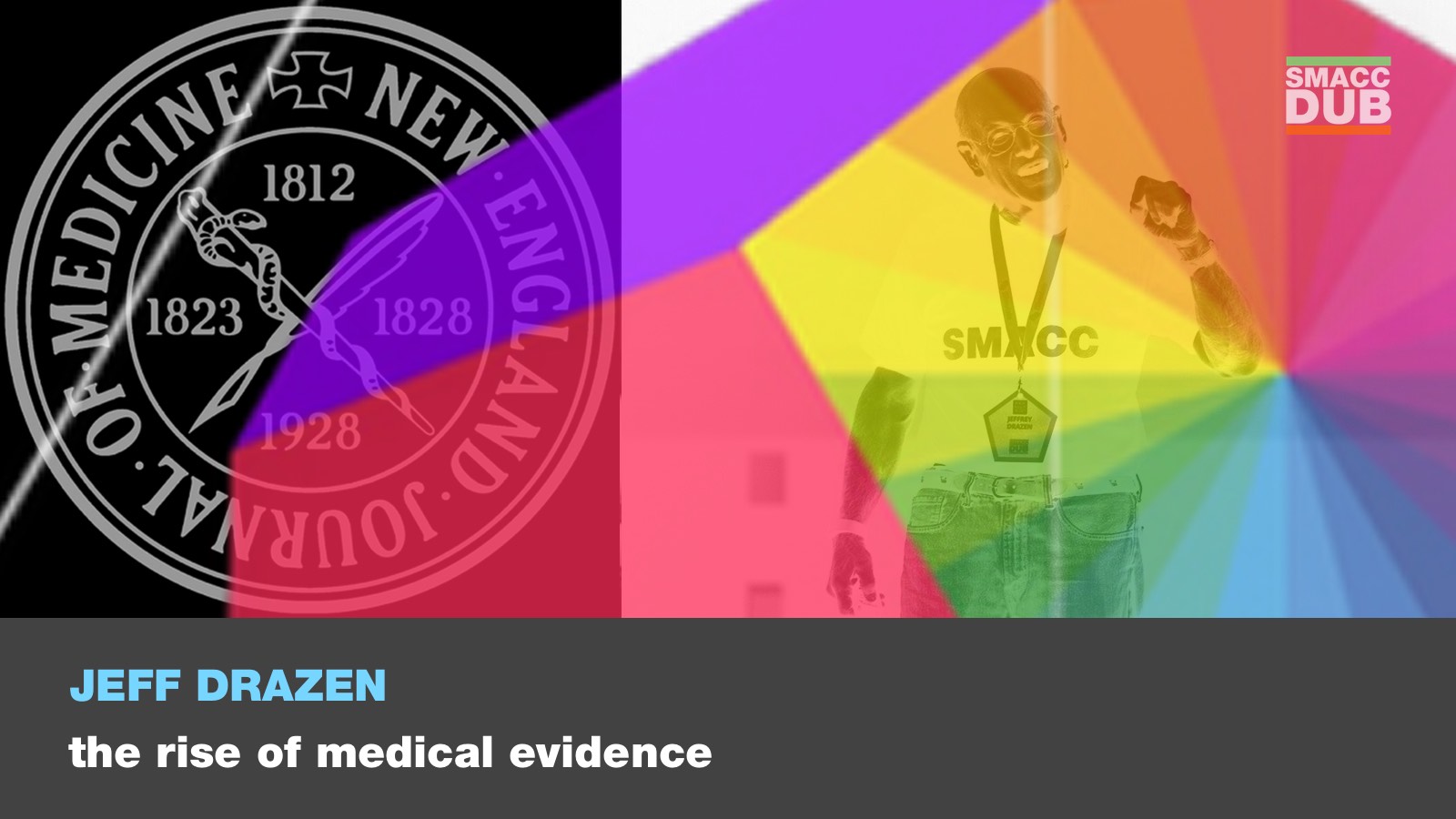 The Uncertainty of Medical Evidence in Critical Care: Jeff Drazen from SMACC Conference

The Uncertainty of Medical Evidence in Critical Care: Jeff Drazen

Jeff Drazen delivers a powerful message on the use of medical evidence in critical care.

Medicine is powered by knowledge… but how can we know what is true?

How do we deal with uncertainty in a setting where outcomes are not closely related to known variables? For example, although there are a few people who have survived falling from an airplane at high altitude, it is a rare event.

Thus, a test to determine how to prevent death from such a disaster would only take a small number of participants to see if a particular method works. In contrast, when considering a medical condition where a large fraction of people might seemingly “recover” without treatment, such as tuberculosis, how does one determine if a treatment is effective?

In this talk Jeff discusses the trials surrounding blood glucose control in the Intensive Care Unit (ICU). The way we have dealt with increased blood sugar levels in critical care has changed over time.

One single centre paper was the catalyst for a move toward tighter glucose control for patients in ICU. The novel question and well-designed study, meant that this paper was published in a prestigious journal. This was despite there being questions surrounding its validity. In the interim, the initial data had informed policy. Therein lies the problem.

Join Jeff Drazen as he highlights the uncertainty of medical evidence in critical care.