4 Seconds: A Case from Afghanistan 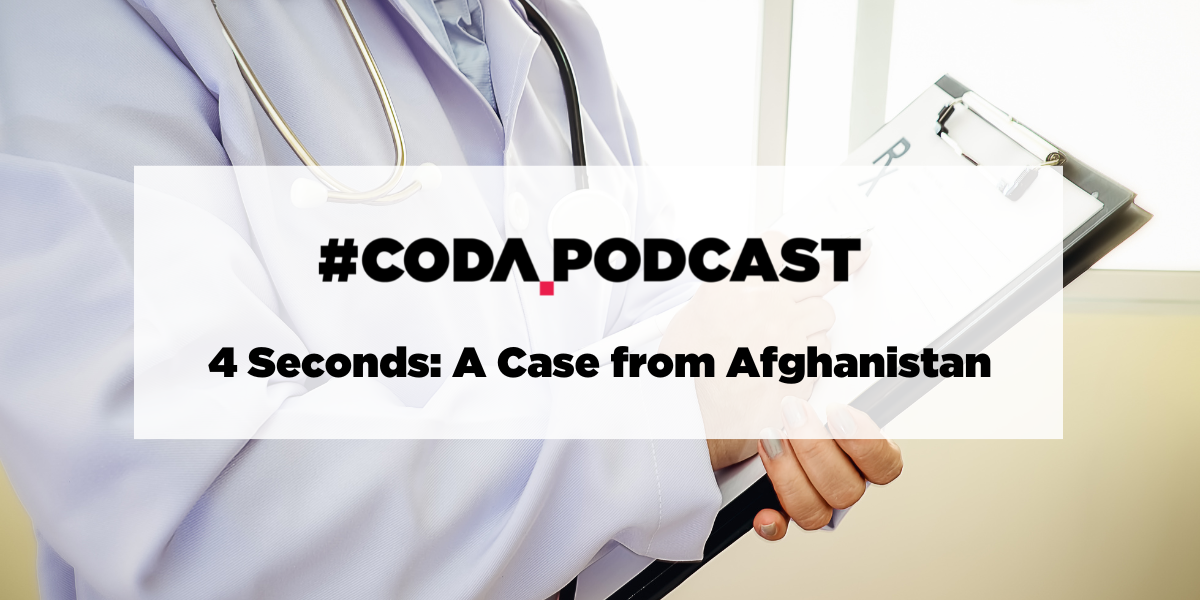 4 Seconds: A Case from Afghanistan

“Death is not the enemy but occasionally needs help with timing.”
Peter Josef Safar (1924 – 2003) ‘The Father of Modern CPR’

In this week’s episode of the Coda podcast, former flight paramedic Gary Berkowitz – who previously worked in Afghanistan and now works for Queensland Ambulance Service – explores how when death is inevitable, the way of dying matters.

To open the discussion, he addresses the fact that out of hospital emergency care practitioners are often faced with time critical decisions. He notes that fortunately, most of these situations often have clear guidelines because – generally speaking – they follow pathways with expected outcomes.

When it comes to ethics in healthcare, however, it can be a nuanced topic. For example, the decision to not commence resuscitation, or to withdraw life saving measures in a patient who appears to have no meaningful prospect of recovery, can be a difficult one. Gary goes on to note that in this environment, it’s impossible to design a guideline that could encompass all the elements of such a complex decision.

In this talk Gary examines providing care to patients rather than always trying to fight death. By way of example, Gary tells listeners how he was working closely with the various western military forces, when one day they asked a favour – a young Afghani soldier had been badly burnt fighting against the Taliban, and while his treatment had begun in a military hospital, it was decided it shouldn’t be continued there.

Gary was asked if he could assist transporting the soldier to a hospital in the city, and he goes on to talk about the fact that he had two options – to take the easy choice, which would have involved giving the soldier enough medication that he wouldn’t have to see him suffer; or the brave choice – which would have been to give him enough medication so he wouldn’t be suffering at all.

He discusses the ethics around each alternative – and how he came to sit with his final choice. Gary notes that the decision he made that day has remained with him ever since, and continues to influence his decisions in his everyday practice.

For more head to our podcast page #CodaPodcast

Gary has been a Critical Care Paramedic since 2003. He has worked as a flight paramedic in South Africa,  Afghanistan & Australia. In 2009 he joined the Queensland Ambulance Service on the Gold Coast where he has held the positions of Critical Care Paramedic as well as Flight CCP & HARU. Gary has recently completed a Masters in Traumatology and is a Clinical Fellow at the Queensland University of Technology.