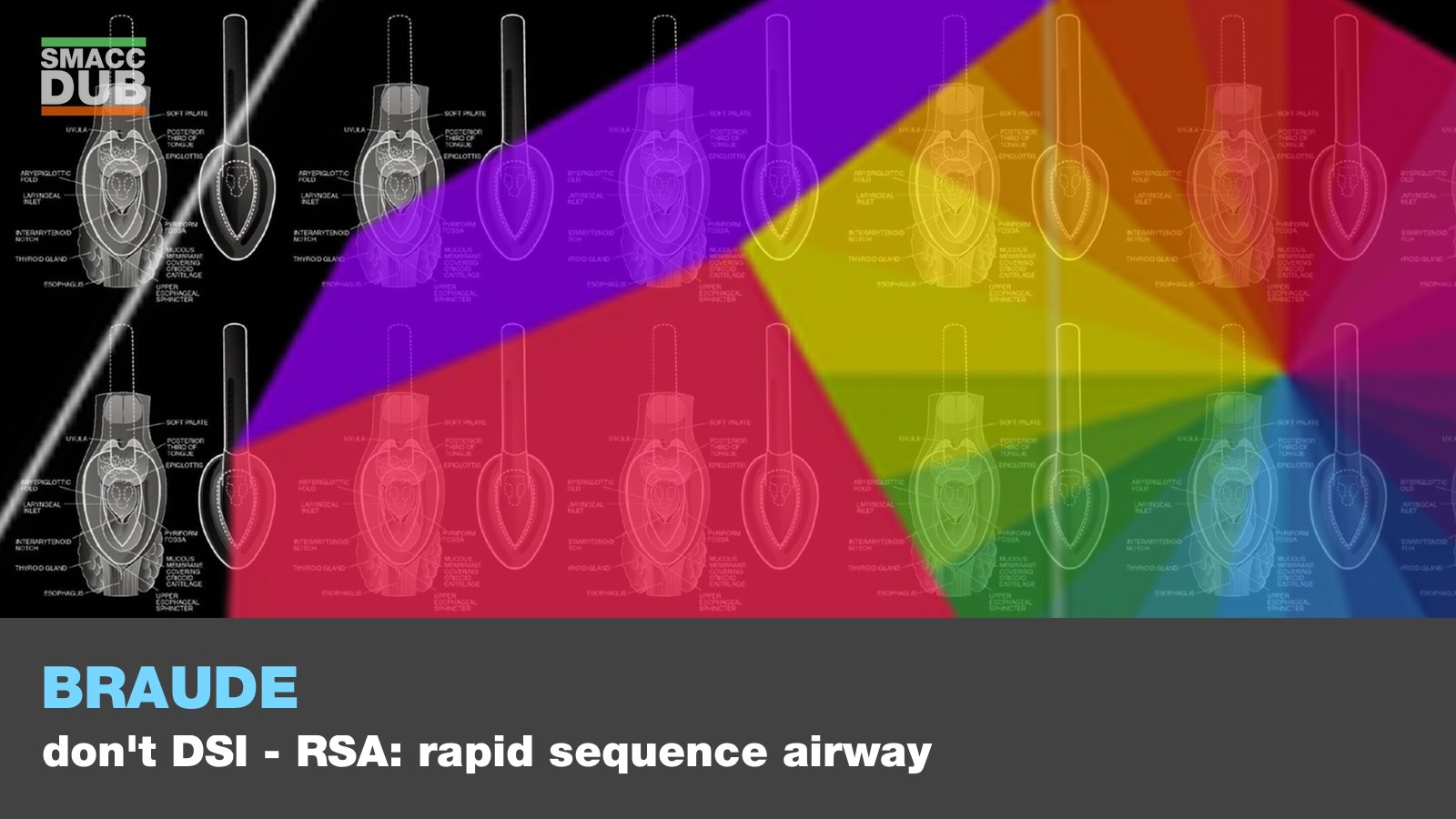 The evolution of this concept goes back to the start of the 21st century. Here, the practise of ‘archaic’ airway management was common. This involved getting that plastic tube down the patient’s trachea no matter what.

However, gradually, the risks of hypoxaemia during airway management become evident. This led to a movement towards extraglottic airways. If the oxygen saturation was dropping and there had been two failed attempts.

This movement continued to involve towards operators deciding to move to other methods when only one attempt had failed. This was largely due to the increased training and skill of clinicians. The thinking being if they could not get it in one shot, they probably weren’t going to get it at all.

This evolution was the catalyst for the movement towards faster airways, and less emphasis on intubation.

Rapid Sequence Airway is pharmacology and preparation as in RSI, with the planned placement of an extraglottic device, without any intention to intubate.

Moreover, in this talk Darren takes you through the advantages and disadvantages of RSA. It is a fast and highly successful technique with minimal airway trauma.

On the flip side, some patients are not good candidates for extraglottic devices. RSA necessitates a secondary procedure and it does not provide a ‘definitive’ airway.

RSA is an alternative airway management strategy that may be ideal for preoxygenation of hypoxemic patients as well for prehospital and in-flight use. Darren provides the ins and outs of Rapid Sequence Airway in this talk, as well as providing the data and his real world experience of using this concept.

Finally, for more like this, head to our podcast page. #CodaPodcast